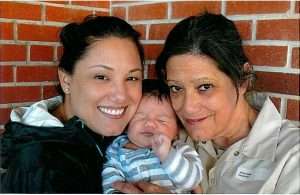 I am THRILLED to report that Irma Alred was released on Friday Oct 30, 2015 and given a new lease on life!  Congratulations to Irma and her family.  Irma was one of 6000 prisoners who was afforded early release due to sentencing reform.

Irma Alred has served 21 years on a 30-year (de-facto life) sentence for Conspiracy to Distribute Marijuana.  Everyone involved in her case is home except for Irma, including people who were admittedly more culpable. That is how conspiracy laws in this country work – one person is held responsible for the crimes of everyone, regardless of how much or how little they actually participated in the “crime.”

Many of Irma’s co-defendants had long criminal records but received no prison time or drastic reductions in the time they would have to serve in exchange for testifying against Irma. The entire case against her case grew out people who were already imprisoned who wanted a sentence reduction. Likewise, they agreed to testify against Irma and her husband in exchange for leniency.

While Irma never claimed to be completely innocent, she does say she is not guilty of everything she was accused of. Nonetheless she received a 30 year sentence for a nonviolent, marijuana-only conspiracy.

Despite suffering from an aneurism that has required major brain surgery, Irma has spent her time in prison productively, learning skills such as electrical, plumbing, carpentry, tiling, networking, painting, and landscaping. She earned an apprenticeship in electrical that took 4 years to complete. She is a medical assistant who teaches the skill to others. She is also a volunteer for the inmate suicide program.  Irma was one of only five inmates who were chosen to be allowed to leave the prison to speak to troubled youth in as part of the “Choices” program,.

Irma is passionate about leatherwork and has created many items over the years in prison that have been sold to raise funds for various charities. She also shares her leatherwork skills to other inmates in her leatherwork classes, in English and Spanish. 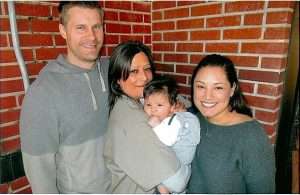